A Love Story & a Morgan 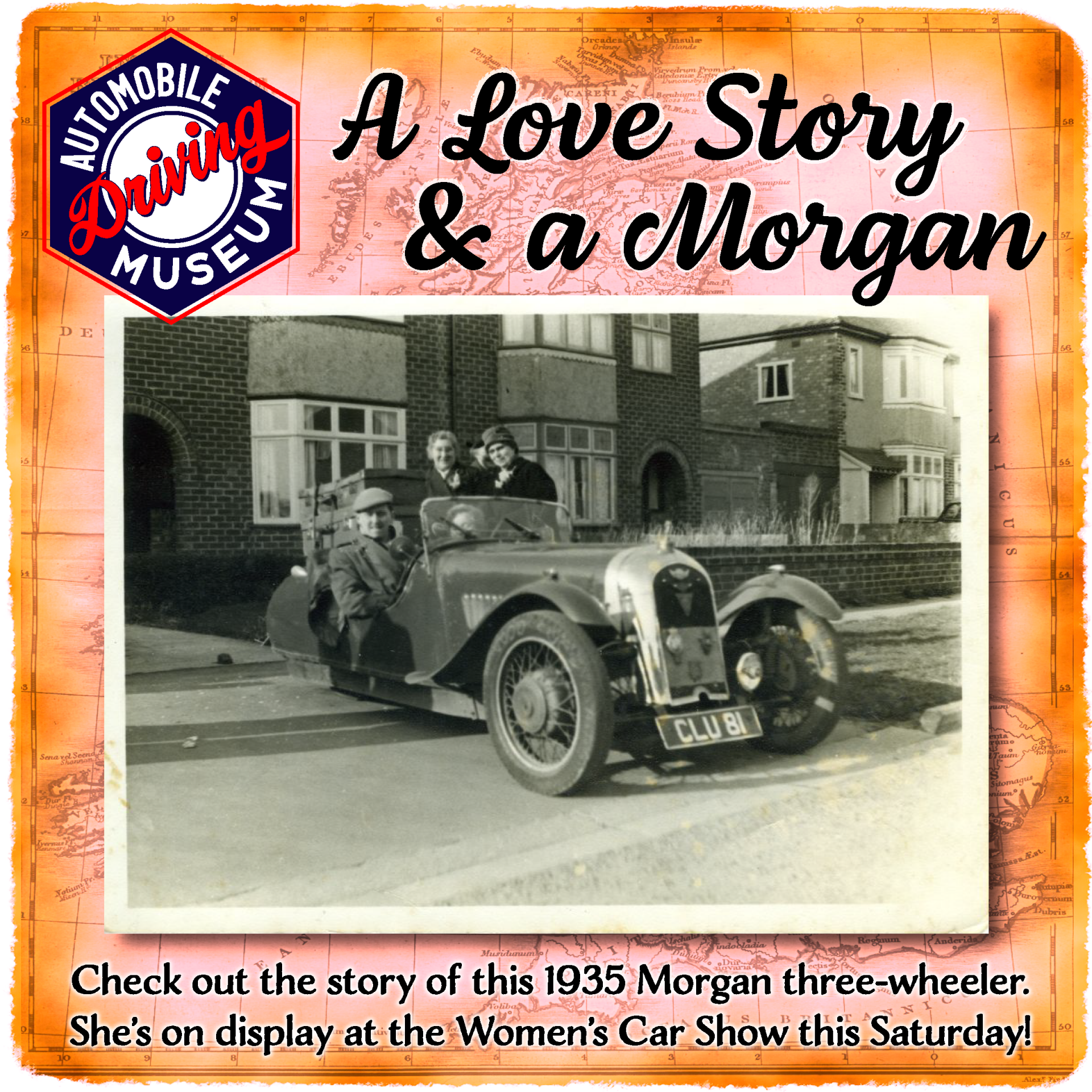 A Love Story & a Morgan

Like humans, most vehicles are created full of potential. With the patina of age, automobiles develop personalities imbued by their owners and earned through shared experiences. The cars at the Automobile Driving Museum all have stories. 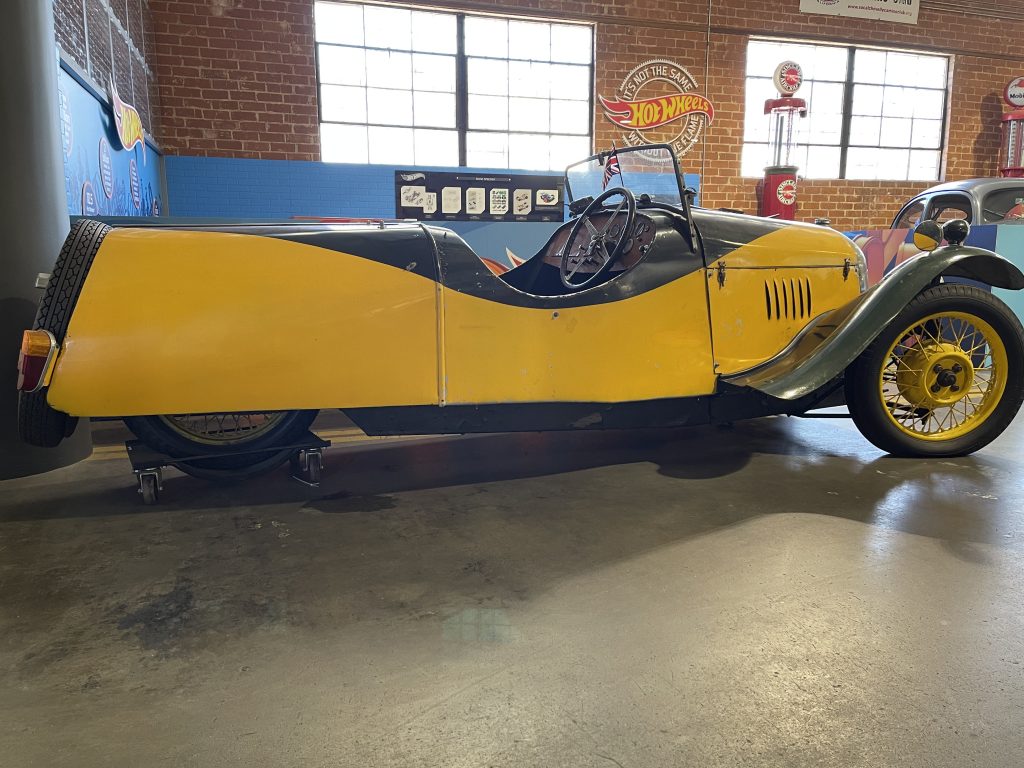 In March, 2021, the Automobile Driving Museum was contacted by an English woman named Sue Edgecombe, who told us the story of the 1935 Morgan Three-Wheeler in our collection. It had been owned by her parents in the 1950s. 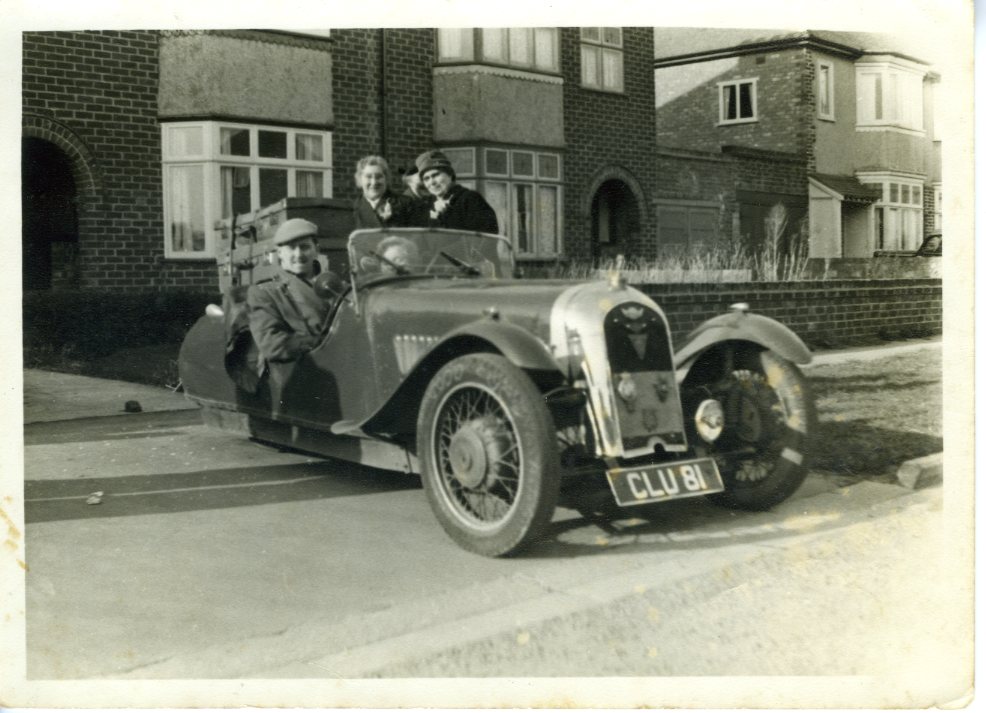 This 1935 Morgan, nicknamed CLU-ey after her license plate CLU 81, was purchased by Peter Tutton when he finished his National Service with the Royal Air Force, in 1954. A year later, Peter met Dee, and the young couple drove in the Morgan to ballroom dancing events where they were quite dashing foxtrotters. On weekends they drove to Morgan Owners Club meets around England. Or, if Peter wasn’t tinkering on the car, they would drive to nature reserves to picnic.

“It has been a real delight for me to have the opportunity to reminisce with Mum and discover more about her and Dad’s early days.” 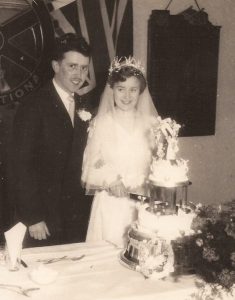 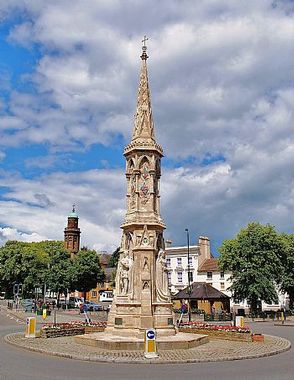 To see a Fyne Lady on her white horse,

With rings on her fingers and bells on her toes,

She shall have music wherever she goes’ 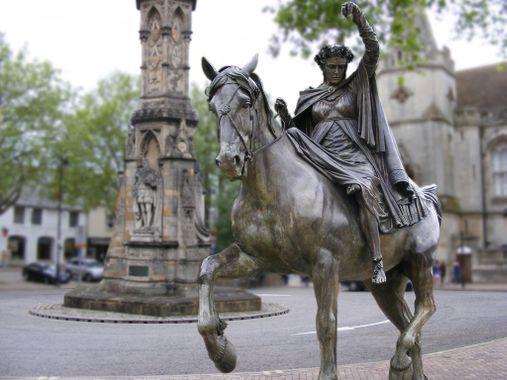 Fyne Lady on a white horse

After their wedding, the following day, they drove 122 miles from Banbury in the county of Oxfordshire to a hotel on

the Bournemouth seafront in Dorset on the South coast. (see map) 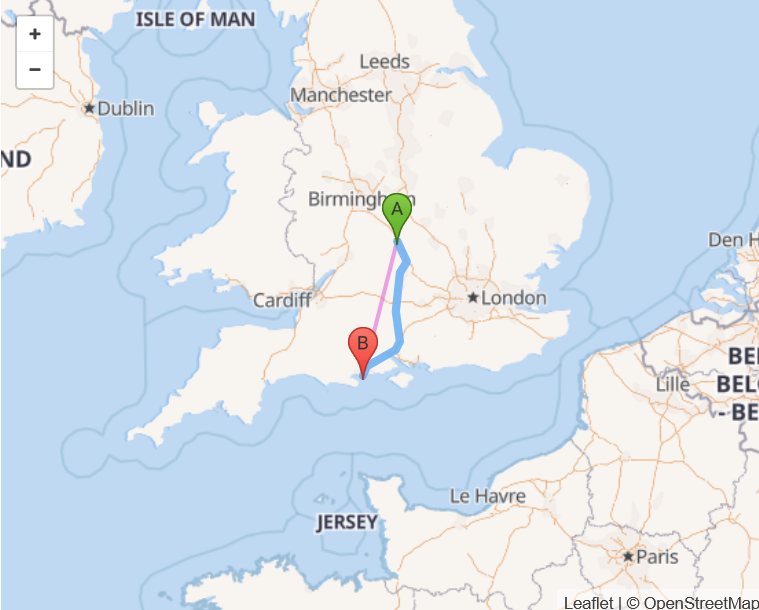 Although today the journey would take about 2 hours 15 minutes, in 1957 the roads were not great and in places still in disrepair after the war.

Mum recalls the journey took about 6 hours. You had to have much love and dedication to want to drive in a Morgan as the ride was cold, even in the middle of a British summer, and the suspension pretty uncomfortable.” 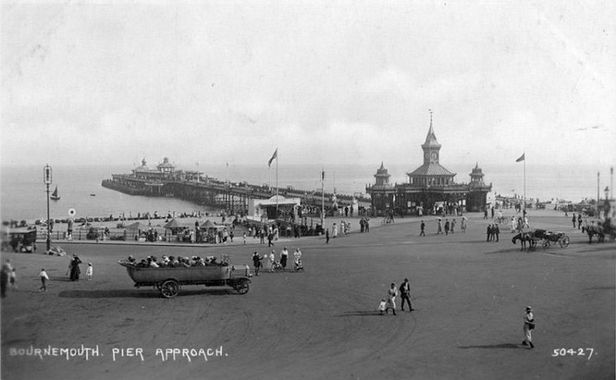 Dee even rode in the car when she was heavily pregnant. She and her children reminisce fondly about good times spent as a young family with CLU-ey.

Dee Tutton is 84 years old and living in the United Kingdom. Her story, and that of the Morgan CLU 81, was brought to us by Dee’s daughter, Sue Edgecombe, in March 2021. 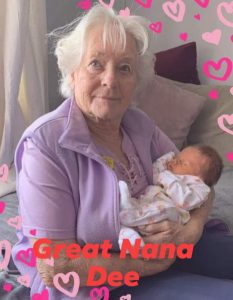 Dee Tutton is a Great Grandmother. Nana Dee is pictured with Sue’s son, who she says is ‘a true “petrol-head.”‘

“Thank you so much for your time and effort in bringing Mum and Dad’s Morgan story alive. It is very much appreciated. 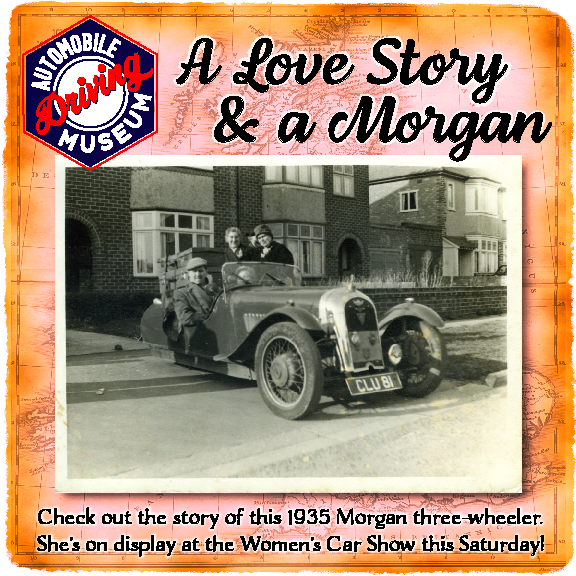