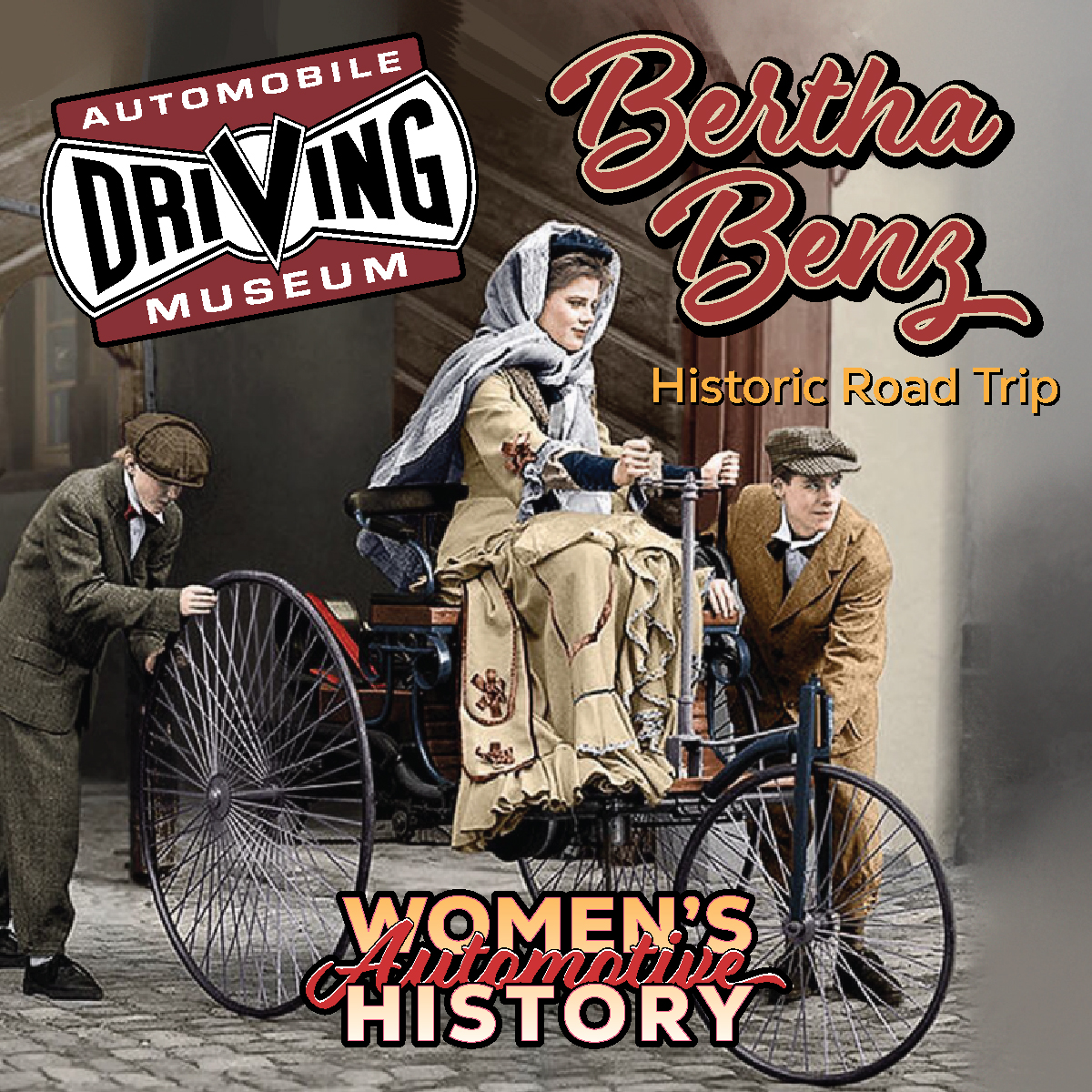 Bertha was a financial supporter of Karl Benz. By marrying him, by law, she gave up her claim to the investment, but she continued to back his company enthusiastically and financially. Together they built the first car, the Patent Motorwagen, in 1885. However, the public generally did not see the use in the horseless carriage.

One morning in 1888 Bertha Benz left a note to her husband saying that she was visiting her mother 33 miles away. She took her two oldest children, ages 13 and 15, and stole his automobile. She then took the first road trip in a car.

On her journey, she purchased fuel at a drugstore and cleared a blocked fuel line with her hatpin. She used her garter as insulation material. She mended the failing wooden brakes with leather liners from a cobbler and a broken chain with the help of a blacksmith. A few days later she drove the same distance back home.

The long trip garnered a great deal of publicity. Bertha proved that the vehicle was reliable and could also master long-distance routes. Her test drive resulted in the introduction of an additional gear for climbing hills, and brake liners.

Her road trip also spurred the confidence that Karl Benz and customers needed to continue the proliferation of the burgeoning automotive industry.

The Automobile Driving Museum has a replica of the Model III Patent Motorwagen on exhibit.