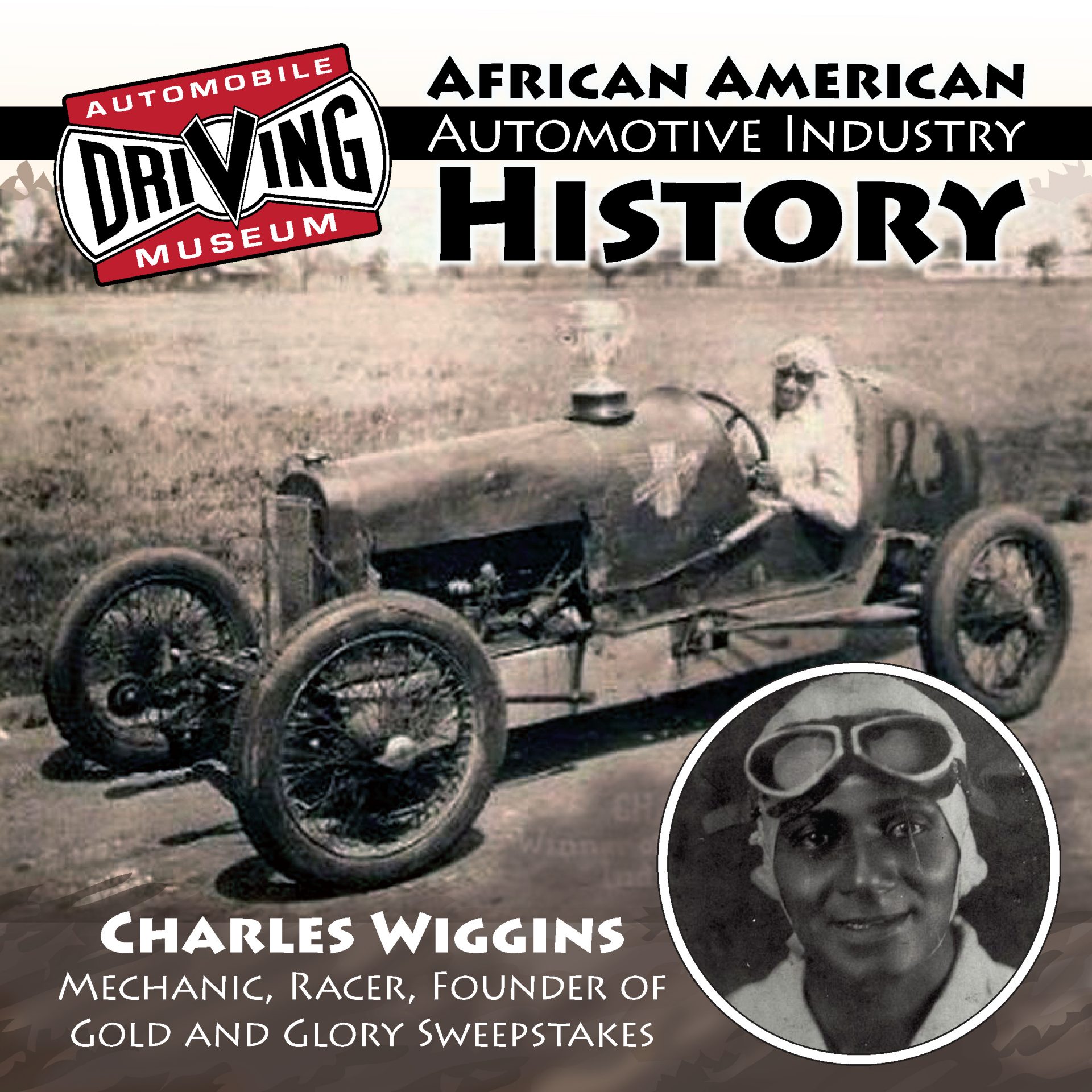 Born in 1897, Charlie Wiggins started his life with cars as a shoe-shine boy in front of an automotive repair shop. He was eventually invited inside to help work on cars. In 1917 when white American soldiers shipped out for the First World War, Charlie became a chief mechanic.

During the 1920s Charlie Wiggins moved to Indianapolis and opened his own shop with the goal of competing in the Indianapolis 500 race. He built his race car, the “Wiggins Special” from junkyard parts. But blacks were ineligible to compete.

Charlie Wiggins and other African Americans responded by forming their own racing league, establishing the Gold and Glory Sweepstakes for black competitors at the Indiana State Fairgrounds. Charlie’s skill as a mechanic and racer and his statements against segregation in auto racing were viewed as threats to racists, and he was the frequent target of attacks by the Ku Klux Klan.

In 1936, Charlie Wiggins lost a leg in a 13-car crash at the Gold and Glory Sweepstakes, but he made himself a prosthetic leg and continued building cars. He trained mechanics and drivers and fought for African American inclusion in motor racing for four more decades until his death.

Here is a video series by Starting Grid, titled – The Forgotten Race, which features Charlie Wiggins.