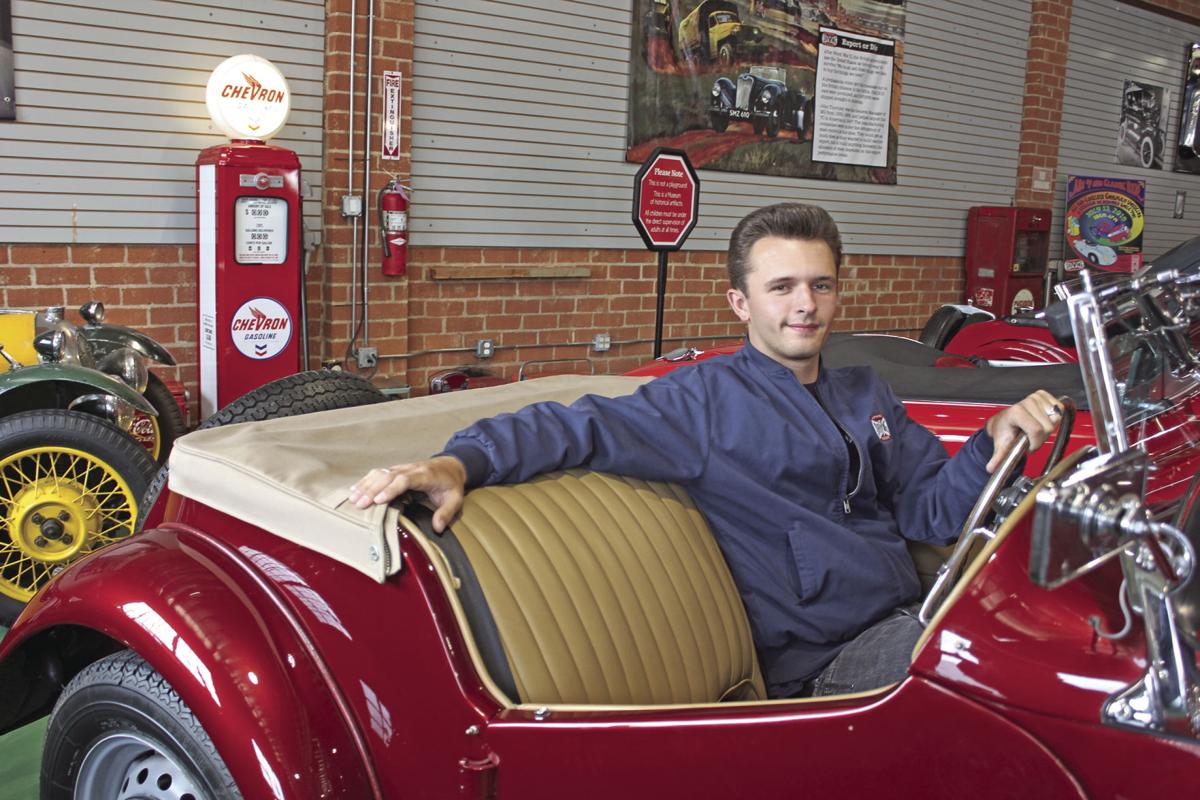 Alec Harrell-Carlson was only 12 years old when he first learned how to drive a car. And, what a car.

It was 2008 and Harrell-Carlson was visiting El Segundo’s Automobile Driving Museum for the centennial celebration of the Model T.

That’s when the owner of a 1921 Model T offered to show him the ropes, he said.

“He let me get in it and showed me how to start it and I was doing laps around the parking lot and up and down our front alleyway,” recalled Harrell-Carlson, a Redondo Beach resident. “By the end of the day I could fully drive a T, no problem.”

More than 10 years later, Harrell-Carlson owns his own Model T and he works full-time at the museum as its floor manager. Now 23, the 2014 Mira Costa High School grad became a docent at the museum when he was just 11.

“I spent every available waking moment here, got involved in the shop and taking tours, any place I could do something,” Harrell-Carlson said. “I learned the collection inside and out, the history, the mechanical side to everything, got involved in moving the cars on the floor and was here full time hours after graduating high school.”

As a teen, Harrell-Carlson drove those antique cars, usually from the museum floor to the auto shop.

“There’s a lot of finesse and care in pulling these gigantic antique cars out of very tight spaces with many other cars in proximity where you got maybe so much as a business card width to move,” Harrell-Carlson said.

Over the years, Harrell-Carlson said he has built his own position at the museum.

He is a docent/tour guide and is responsible for the mechanical and cosmetic well being of the entire collection of 140 cars. He also organizes car shows at the museum and handles rentals for movie shoots and other events. The museum is also available for private event rentals, from weddings to Bar Mitzvahs.

The museum is a showcase for the history of the automobile industry, from 1886 to 2000, and has a mission statement of collecting automobiles to educate future generations. Its oldest car is the 1904 Schacht, which resembles a horse-drawn carriage.

“Automobiles have a huge cultural impact on the way we live especially in Southern California,” Harrell-Carlson said.

The Automobile Driving Museum also has a re-manufactured 1886 Benz Patent-Motorwagen.

In 1986, Mercedes Benz built 11 reproductions of the original Benz to celebrate its 100th birthday, that were “built by original manufacturer, off the original blue prints with original materials with no alterations to the design whatsoever,” according to Harrell-Carlson.

When Harrell-Carlson was a kid his thing were Volkswagen’s because of the “Herbie” movies. He knew nothing about antique cars. Then, in March 2007, he and his grandfather visited the Automobile Driving Museum a few months after it opened. Harrell-Carlson said he was entranced.

“I fell in love walking through the front door and seeing all these unbelievable, beautiful, humungous cars that I never heard of and was hooked from that moment on,” Harrell-Carlson said.

Not long after that first driving experience with the Model T, he bought his first car, a 1937 Ford Sedan, when he was 13 years old. He still owns that car, the Model T, as well as eight other cars, including five antiques. He expects to add another to his collection, a 1956 Oldsmobile, later this year. Five of his cars are in a seven-car garage behind where he lives in Redondo Beach, one is at his father’s shop, two at his grandparent’s house and another at the museum.

Harrell-Carlson is also a contributor to the book “Harrell Engines and Racing Equipment: Jim (White) Harrell and Nick Harrell,” which details his family’s history in auto racing dating back to the 1920s.

The museum hosts numerous events throughout the year, including the second annual Bombs and Woodies Car Show on Saturday, May 18, from 10 a.m. to 3 p.m. Registration is open to American vehicles 1959 and older. The event features live music and other festivities.

The Automobile Driving Museum is located at 610 Lairport St. in El Segundo.