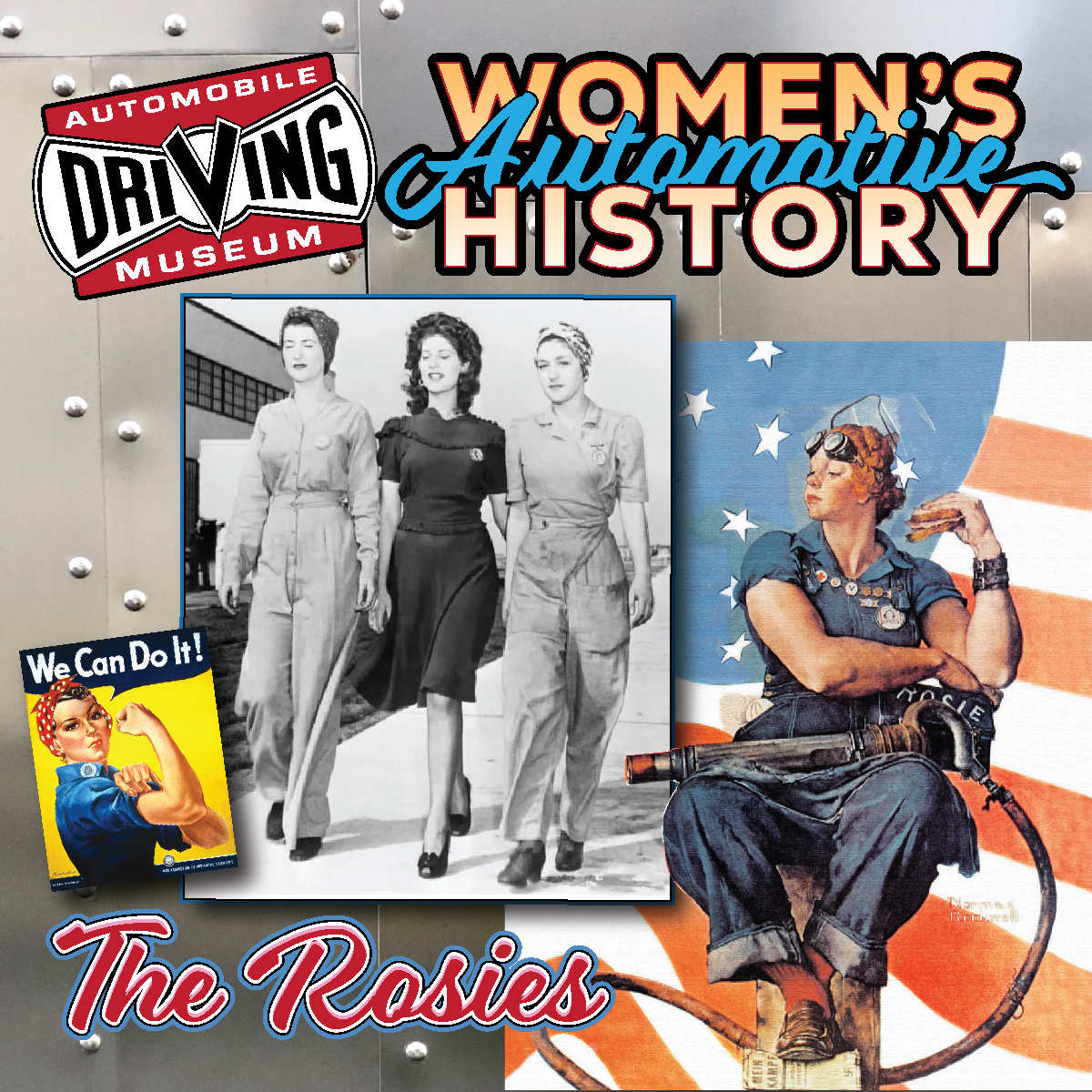 Rosie is known today as the woman in the “We Can Do It” poster used by feminists to symbolize a woman’s capabilities. The artist, J. Howard Miller used Naomi Parker Fraley as a model for the Pentagon’s propaganda poster in 1943.

But you may not know that all women in the WW2 workforce, recruited to replace men who had gone into battle, were collectively known as Rosies. Also, the famous image was not seen by many during the war.

Instead, the most popular image of Rosie was illustrated by Norman Rockwell for the cover of a 1943 Saturday Evening Post magazine, featuring model Mary Doyle recreating the pose of the Prophet Isaiah in Michelangelo’s 1509 painting on the ceiling of the Sistine Chapel.

The Rosies proved that women could do the jobs previously considered “men’s work.” Many of them labored in munitions factories, building tanks, airplanes, and ships to power the war. Many others showed their skills as nurses, pilots, and other essential support personnel.

Automotive manufacturers focused their efforts on wartime production. When the war ended, the industry made civilian vehicles again. Many Rosies were discharged so that their positions could go back to returning servicemen.

But some businesswomen remained as society slowly awakened to their contributions in the workforce. Together, the Rosies helped pave the way for the women of today to strive towards equality with their male counterparts.

A Riveting Icon The Rosies of Boeing